Containment has been around for years, but the mainstream adoption of containment is just now happening. In terms of the Technology Adoption Curve, the market has clearly moved beyond the initial “Innovator” phase and is well into the “Early Adopter” phase, perhaps even now bordering on the “Early Majority” phase.

We have seen innovators and technology enthusiasts like NetApp, Facebook, Cadence Design Systems, and Pixar Animation deploy containment well over six years ago. Then, we have seen that second phase of visionaries looking to get ahead of their competition. This group would include Verizon, Barclays, Equinix, Digital Realty and Kaiser Permanente who all have adopted containment to some degree over the past several years.

Today, we are seeing more and more architects and engineering firms design containment into their data centers, and we are seeing more pragmatic companies start to consider containment. This is in parallel with continued pressures of rising density and power costs, the original catalysts for containment. What we can conclude is that the bulk of the containment market is still untapped and that the volume of containment work will continue to increase over the next few years as the Early and late Majorities go through their adoption. 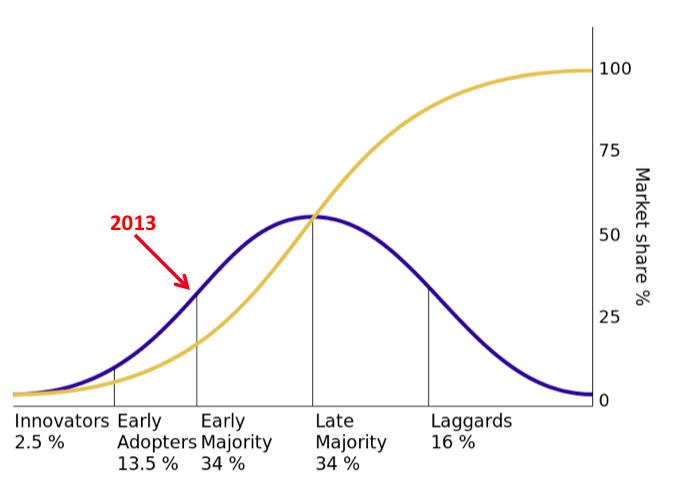